Sometimes we do not even notice how our loved one becomes an alcoholic. But alcoholism is not an infection. It does not occur "suddenly", but very carefully and quietly takes power over a human, turning into its slave. However, there are signs on which it is easy enough to see the approach to the line behind which alcohol becomes the only aim in life.

Who thinks they're alcoholic? If I drink a few beers or glasses of wine every weekend, am I an alcoholic?
Alcoholism starts with the denial. The point is that only one group of people does not fall into the zone of special attention of narcologists, those who drink alcohol 2-3 times a year on very big holidays and in very small quantities, which is called "moderate drinkers". All other groups are categorized according to frequency and quantity of alcohol consumption, which are called "potential alcoholics". 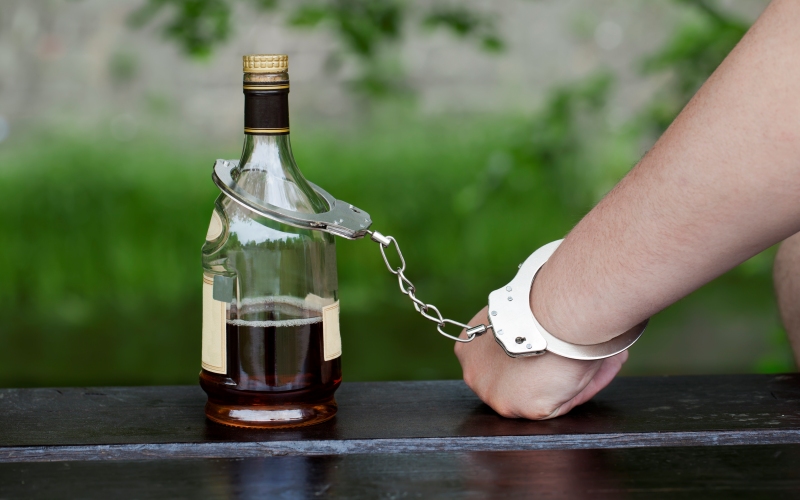 The first sign of alcoholism is enjoying the pleasures of drunkenness, so-called “psychological dependence”.
Step one - a person drinks only once a month, for example, "on the first weekend after salary, my friends and I go to a bar".
Step two - a person allows himself to be persuaded to more frequent meetings , and gatherings take place not once a month, but twice. The reasons being: "having a good time", "having nice communication", "problems remain outside the bar", etc.
Step three - a person becomes the initiator of events with the use of alcohol, offers to get together and "have a good" time.
Gradually, alcohol becomes a means of achieving a state of pleasure and a human tries to reduce time periods in order to fall in euphoria.
At this stage, the future alcoholic comes into an exhilaration about the thought of an evening in the company of alcohol. Alcohol has already become the "master of the soul" and is ready to take its new adept to the next step. 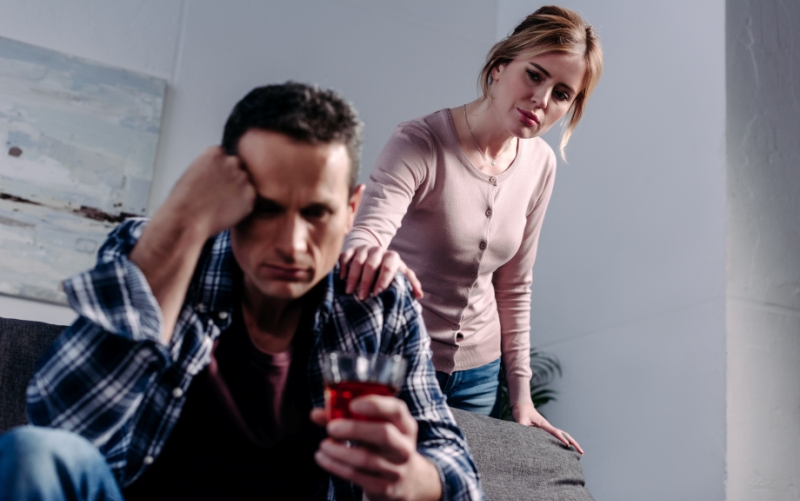 At this stage, the aim of alcohol is to completely neutralize the protective functions of the body, which it successfully fulfilled. It begins with increasing the dose.
No matter what the pleasant sensations associated with drinking alcohol (a fun evening with friends, a surge of creativity, wonderful sex), it is important that these sensations appeared at a certain stage of drunkenness. Every time, to get to this stage, more and more alcohol is required - the body begins to develop a tolerance to alcohol.
A line at this stage is the disappearance of the gag reflex. This is a protective function - the body, feeling intoxication, gets rid of alcohol poison, which interferes in the work of almost all systems and organs. As soon as the gag reflex disappears or more and more alcohol is needed for its appearance, then alcohol has "persuaded" the body of its "usefulness".
At this stage, memory lapses begin to happen. It is also a very disturbing warning.
Simultaneously with physical addiction to alcohol, psychological dependence is also progressing. A mandatory hangover to "get cleaned up" becomes necessary. Alcohol is required more and more often, and in principle, reasons are no longer needed - "When there’s a bottle of alcohol, there’s always a reason”.
Another sign that a human stands on the line is changes that are happening with him. . He becomes more irritable and aggressive. He is no more worried about relationship and family problems. The range of interests (all of them are associated with the use of alcohol) and the circle of friends change, etc. This means one thing - he is ready to walk over the last step on the stairs leading down. 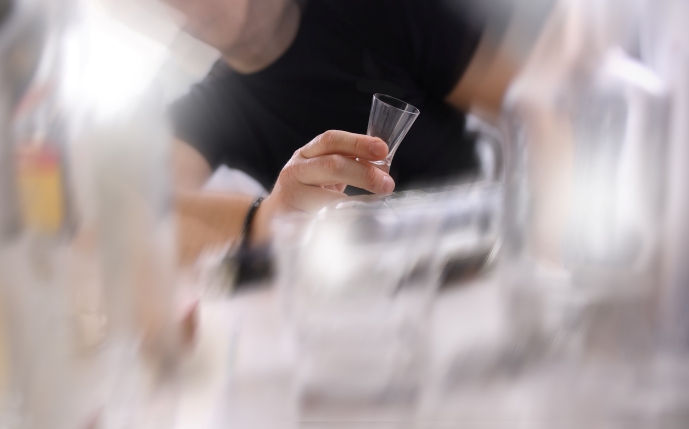 Memory and mental capacities are significantly reduced. A human appears to be suffering from severe, episodic, mental disorders, such as: alcoholomania, hallucinations, alcoholic epilepsy, paranoia. An appearance is changing. Diseases associated with alcoholism are rapidly developing. The process of drinking alcohol becomes continuous.
A severe, pronounced alcohol withdrawal syndrome occurs even after the little unit of alcohol consumed.
In order to get at least a drop of any alcoholic drink, the patient “brilliantly”, as he thinks, lies, using any means of persuasion. At these moments, alcoholic does not really understand that his requests are “transparent”, he is only interested in the final result.
A tolerance for alcohol is greatly reduced : the body, poisoned to the maximum, giving into the onslaught of even one glass.
It is almost impossible to restore the health and psyche of such human. And they do not live long - they die as a result of an accident, in a drunken brawl or due to the failure of any organ. 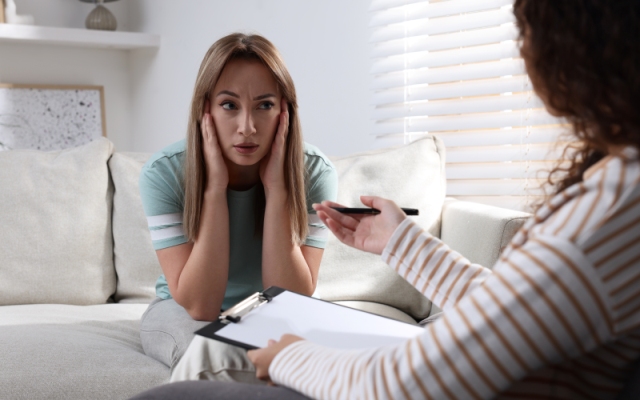 What’s to be done?

We are not calling for the total refusal of alcohol - it doesn't make sense. No potential alcoholic admits even to himself that he has already crossed the border line. Once again, we call to read the signs of the first and second stages. If you have one of them, take a look around - at the children, loved ones ... Maybe it makes sense to reoconsider life's priorities?
And if such signs are observed in your loved ones, immediately go into action. The first and second stages can last for years, and incipient alcoholism can be cured - there are many ways. But get ready for a hard fight - the demon alcohol is very reluctant to release the victim from his deadly embrace. Don't give up.