Heimlich maneuver: How to help in suffocation

All categories
Situations when a foreign body gets into the respiratory tract occur rather often. According to statistics, in 95-98% of cases this happens to children aged 1.5 to 3 years. Foreign bodies trapped in the lumen of the respiratory tract can lead to a severe asphyxia (suffocation), threatening the life of the injured. Everyone should know how to act correctly in such situations. 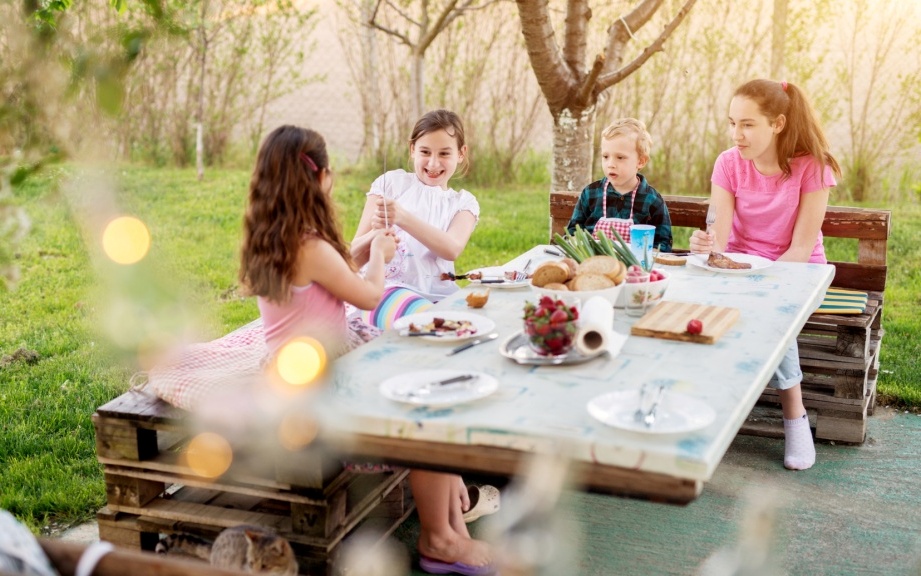 Active communication and laughter during a meal, hasty food intake, combined with poor chewing, alcohol intoxication are the most common causes of such situations in adults. More than 90% of cases of foreign objects entering the respiratory tract occur with children. They like to take small objects in their mouths, talk, have fun and spin around during meals.
Sometimes, to free the airways, it is enough for the injured to clear his throat quickly. But if the coughing attacks continue, the person grabs his throat, cannot breathe, his face, which reddened at the first outset, turns pale, and then turns blue - all these signs indicate that he needs urgent help. Delay threatens his life. In this case, it is necessary to immediately call an ambulance and take urgent measures to free the respiratory tract before the arrival of doctors.
The thing is that 13% of foreign bodies trapped in the respiratory tract are found in the larynx and up to 22% - in the trachea. Once in the trachea, the foreign body most often moves into the bronchi. If it is not taken out before it’s too late, a person dies of suffocation. 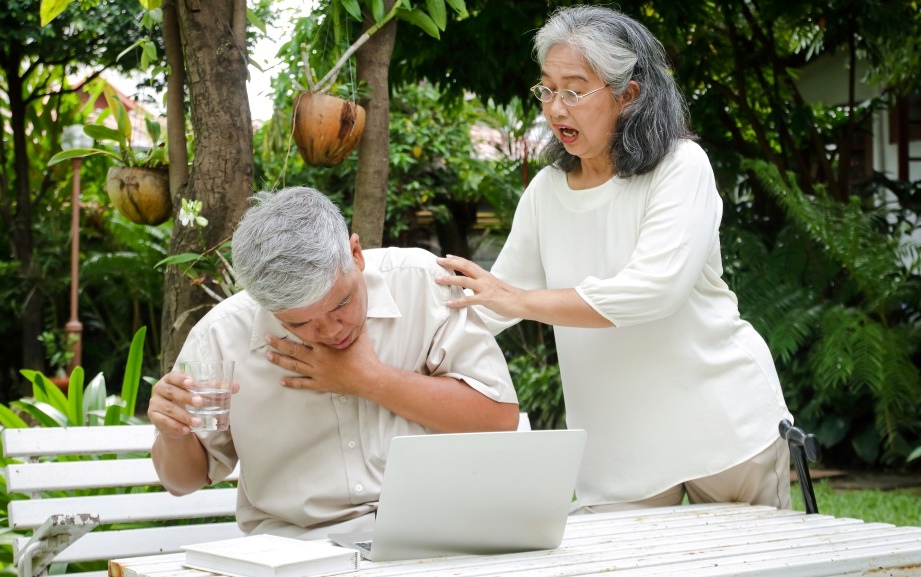 The presence of a foreign body in the upper respiratory tract can be determined by the characteristic symptoms:
- Sudden cough
- Suffocation (a person grabs his throat and is unable to talk or breathe air)
- Severe fright
- Cyanosis of the skin.

First of all, assess the degree of the airways blocking:

- Partial blockage. If the injured produces noises or coughs, this is a very good sign. This means that his airways are not completely blocked. Cough is a protective reaction of the body aimed at getting rid of leftover food or other objects stuck in the throat. Ask the injured to continue coughing until you see the stuck object, and then pull it out with your thumb and index finger.


- Even if the object does not completely block the airways, you should be on the alert so that it does not close them completely. If the injured is a child under the age of one year, remember that when he cries and coughs, this is a good sign.

- Complete blockage. The injured does not produce any sounds, but he is conscious. He can’t even cough because the object completely blocks his airway. In this case, it is necessary to resort to the Heimlich maneuver. 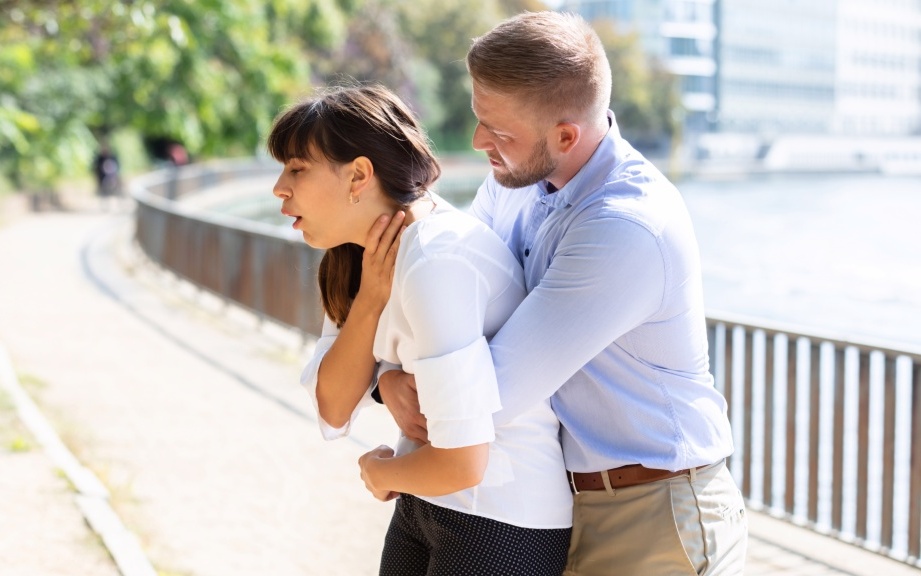 In providing first aid in the event of a foreign body entering the upper respiratory tract, it is necessary:

1. To be well aware of Heimlich technique.

4. To perform the following actions:
- If the choked person is conscious and standing on his feet, stand behind him.
- Embrace the injured with both hands.
- Squeeze one of the hands into a fist and with the side of the fist where the thumb is located, press the area on the abdomen of the injured between the omphalus and ribs. This area of the abdomen is called the epigastric area.
- Put the palm of the other hand on top of the fist and push it upward into the stomach. In performing this movement, make sure that your arms bend at the elbows, but the chest of the injured is not squeezed.
- Keep using the Heimlich technique until the respiratory tract of the choked person is completely released.

It is important to remember that patting the victim on the back may lead to worsening of the situation. The slaps on the back may facilitate a further passage of the foreign object along the respiratory tract.
The fact that a person can breathe independently, and his complexion has become normal is the sign that the Heimlich technique has worked. If the object still prevents breathing, call an ambulance. Do not leave the injured alone and continue applying the Heimlich technique until the doctors arrive.

If the injured has lost consciousness, call an ambulance and resort to cardiopulmonary resuscitation. It is carried out only on a hard surface. Continue resuscitation until paramedics arrive or until self-respiration is restored. After restoring breathing, bring the injured into a stable lateral position. Ensure constant  monitoring of breathing until the arrival of an ambulance! 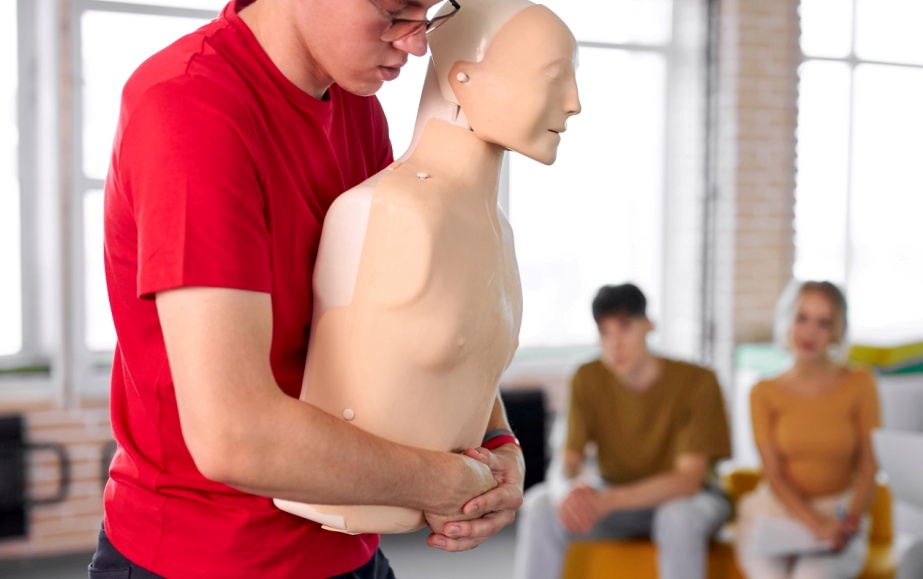 Help for children over one year

This Heimlich technique should be used only if the injured is aged over a year. Signs: The child is suffocating, unable to speak, suddenly becomes cyanotic, may lose consciousness. Often children inhale parts of toys, nuts, sweets.
If the child is not given prompt assistance, he will lose consciousness. In such a situation, it is very important to act quickly while remaining calm.

To aid, it is necessary to perform the following actions:

- Lay the injured child on his back on the floor.
- Kneel at his feet.
- Place the middle and index fingers of both your hands on the baby’s stomach between the omphalus and the rib arch.
- Make an active upward pressure movement towards the child's diaphragm.
- Make sure that the chest is free, that it does not experience pressure on itself.
- These actions be repeated until the respiratory tract is cleared.

Help for children under one year

There is another method of helping a choked child.
- If the child is not coughing or crying, put the child face down so that his face is on your palm and his legs are on opposite sides of your forearms.
- Gently pat the child on the back between the shoulder blades with the palm of your hand until the airways are cleared. If this method does not give results, continue helping the child using the first method of Heimlich maneuver.
- If the child does not regain consciousness and does not breathe, it is necessary to start cardiopulmonary resuscitation before the arrival of doctors. 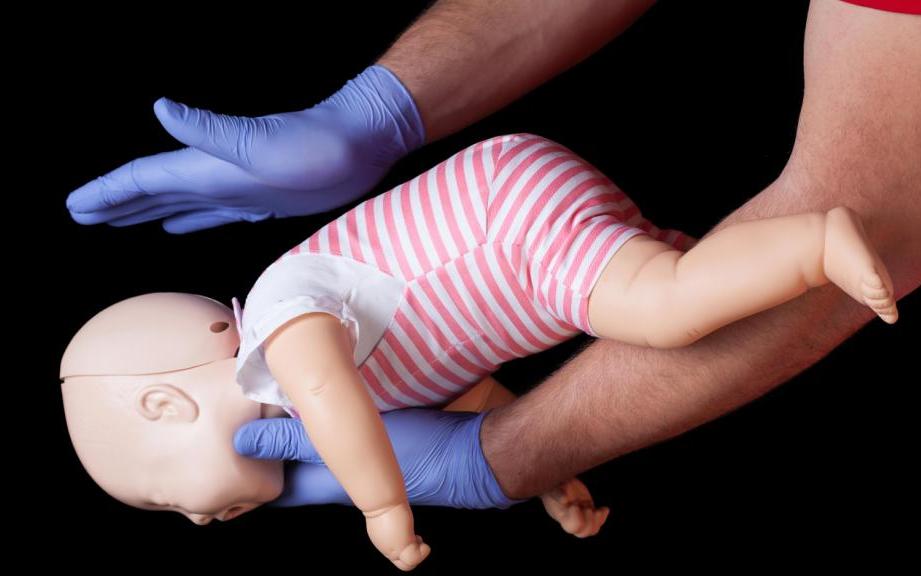 How to help ourselves

It is also necessary to remember the Heimlich method for self-help.

If you find yourself in such a situation and there is no one to help you, you need to do the following:
- Squeeze your hand into a fist and with the side of the fist where the thumb is located, put it on the stomach between the omphalus and ribs.
- Put the palm of the second hand on top of the fist.
- Push the fist up to the diaphragm with an active push.
- Repeat such actions until it becomes easier for you to breathe.
There is also a Heimlich method with a chair for self-help. To perform it, you need to lean your stomach on a chair, a railing, a corner of a table or on any securely standing object, and perform upward pushes. After self-help, an examination of a doctor is strongly required. 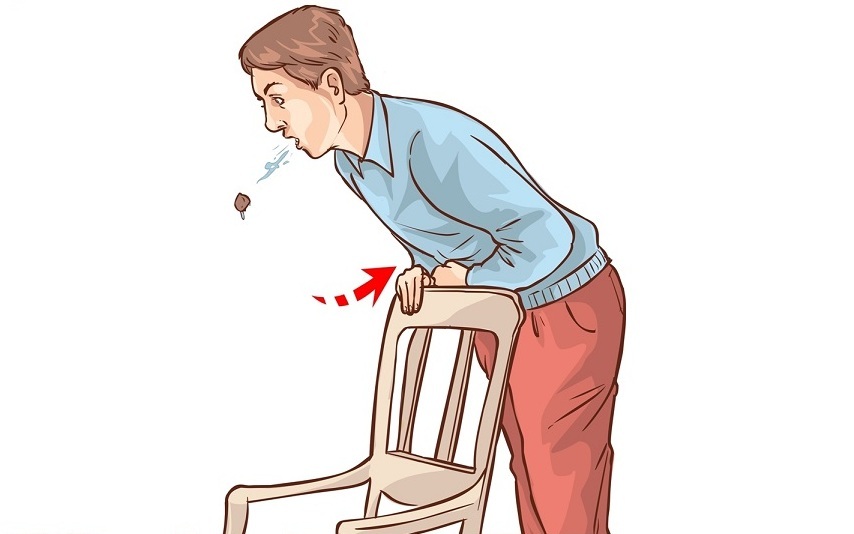 It is easier to prevent injuries or diseases than to be treated for their consequences.

Therefore, to avoid penetration of foreign bodies into the respiratory tract, it is enough to follow a few simple rules:

- Don’t hurry during meals, chew the food thoroughly.
- When you are eating, do not get distracted by conversations and other communication - sudden movements, laughter and other hectical emotions when your mouth is full may result in severe consequences.
- Do not take food when you are lying, on the move, in transport, especially during driving.
- Do not keep foreign objects in your mouth: pen caps, buttons, batteries, and the like. And don't let the children do so.

By the way, an effective way to save a person who choked on food was invented in 1974 by the American doctor Henry Heimlich. Hundreds of thousands of inhabitants of the planet owe their lives to this method and, of course, to the doctor.
There is nothing complicated in the Heimlich technique, the most important thing is to act calmly and confidently. Success in aiding the injured directly depends on the competent actions of the person who renders assistance. The decisive factor in such a situation is the time factor. The Heimlich technique helps in most cases. Always remember it, and it will help save life.
0 492