First aid in case of a stroke

A stroke is a blockage or rupture of a blood vessel in the brain. Without having enough oxygen, brain cells die a few minutes later. The main issue with stroke is that it needs to be recognized.
It is difficult to identify a stroke, because sometimes it can occur without obvious visible symptoms, and even the stroke victim itself may be unaware of such events. Sometimes, a stroke manifests itself visually as an oddity in a person’s behavior, looking like a drunk, smiling inadequately or meaninglessly, falling and such. At the same time, the person may feel quite normal and even sincerely reassure those around him that he/she is fine. 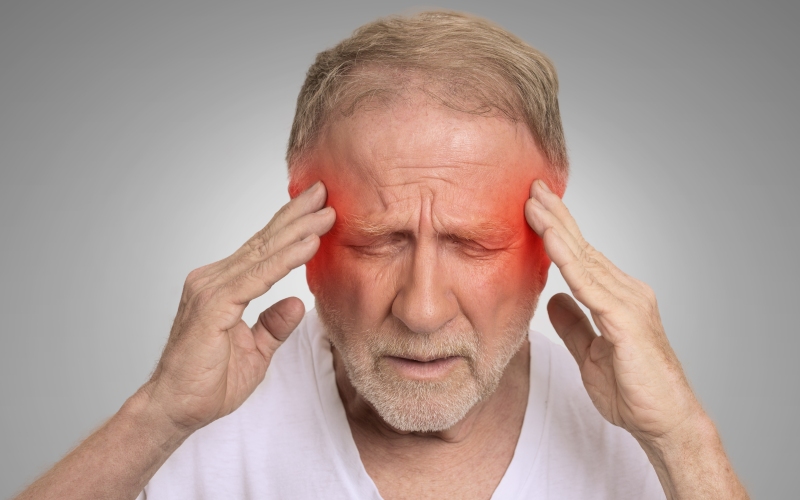 3 primary signs of a stroke


In addition to the above, there are 2 more ways to recognize a stroke:
- Ask the person affected to stick out his/her tongue. If the tongue is curved or irregular in shape and sinks to one side or the other, then this is also a sign of a stroke.
Ask the person affected to stretch his/her arms forward with palms up and close his/her eyes. If one of them begins to involuntarily move sideways and down, this is a sign of a stroke.
Important! If signs of acute cerebrovascular accident are detected, emergency care should be sought as soon as possible!

First aid in case of a stroke

While waiting for the arrival of the medical team, the first thing to do is lay the person down horizontally. If a person lost consciousness and fell, leave him/her in a horizontal position, ensuring a comfortable position. It is extremely important to check that the victim is breathing on his/her own. If breathing disorder is observed, place the person on his/her side and free the oral cavity (from vomit, food remnants, removable dentures).
Cardiologists strongly advise against moving a person in search of a comfortable place. Instead, it is better to position him/her as conveniently as possible where he/she was at the onset of symptoms.
After the victim is arranged in a comfortable horizontal position, it is necessary to facilitate his/her ability to breathe. To do this, you need to free the person’s neck from tight clothes and jewelry, unfasten the belt and provide fresh air by opening the window, asking others to clear the room. 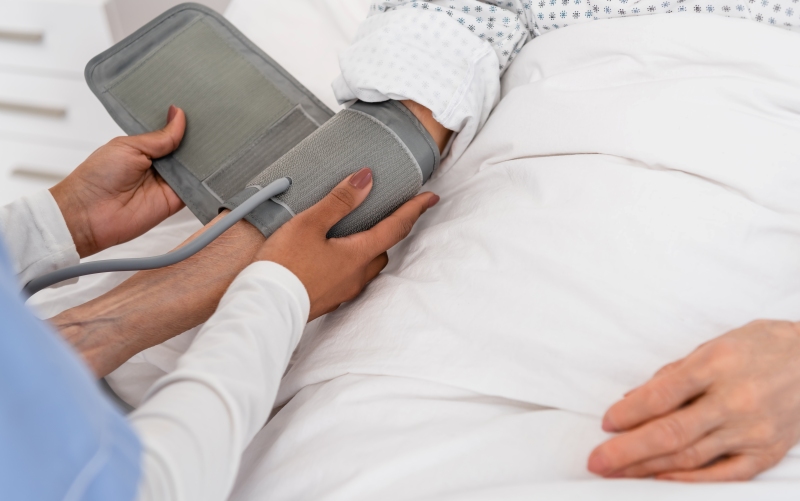 If you have a blood pressure monitor at home or in the office, measure the pressure and write down the readings. This information will be important for the emergency team in the future. If the pressure is too high, the victim's head can be raised, if it is low, it should be left in a flat horizontal position. It is not necessary to hold a person, trying to alleviate convulsions. This will not stop the attack, and both the patient him-/herself and the one who provides assistance can get injured. It is necessary to ensure the physiologically favorable position of the patient preventing saliva and foreign objects from entering the respiratory tract. Try to put him/her on his/her side and additionally turn the head down. In the active phase of clonic convulsions, this will prove difficult, but if possible, do not let the patient turn on his/her back until the end of the attack.
In no case should you try to open the patient's jaws, insert something into his/her mouth, or fix his/her tongue. Contrary to popular belief, the tongue cannot be swallowed, while unnecessary manipulations will lead to additional injuries. The chewing muscles are very strong, and the patient can bite through the fingers of the caregiver or break his/her own teeth and jaw.
If breathing or heartbeating stops, it is necessary to start emergency resuscitation (artificial respiration and chest compressions) and carry it out until the function is restored or until the ambulance arrives. What should be avoided in case of a stroke

If you provide first aid to a person with a stroke, remember that it can significantly worsen his/her condition:
- Do not wait for the improvement of the condition without calling for medical assistance. The first 3-6 hours in a stroke are considered critical for relieving the condition and minimizing the consequences.
- Do not give medicines to a person with a suspected stroke - neither those that increase pressure, nor those that lower it, nor any others, even if the victim him-/herself claims that he/she takes them regularly. Any medications taken without medical supervision can aggravate the effects of circulatory disorders.
- Do not give feed or drink to a person with a stroke. The patient may vomit at any time or choke due to the oropharynx dysfunction.
- Do not try to bring a person to senses with ammonia or other similar drugs, they can impair respiratory function.
- Do not leave the victim unattended until the ambulance arrives, do not allow him/her to move independently, even if he/she assures that he/she feels fine. The condition can worsen sharply at any moment. Remember that the person has a brain disorder and needs urgent medical assistance.
And, most importantly, if you, your relative or friend has at least one of the first symptoms of a stroke, urgently call an ambulance.
0 94