Do men have menopause?

All categories
Do men have a condition similar to menopause? Medicine gives an unequivocal affirmative answer to this question. Traditionally, menopause refers to the conditions that occur only in a female body. In relation to women, menopause means the cessation of ovulation and the loss of reproductive function. As for men, a huge number of cases have been described that they retain the ability to reproduce offspring to an extreme old age. However, it is impossible to deny the presence of a certain restructuring in a male body. 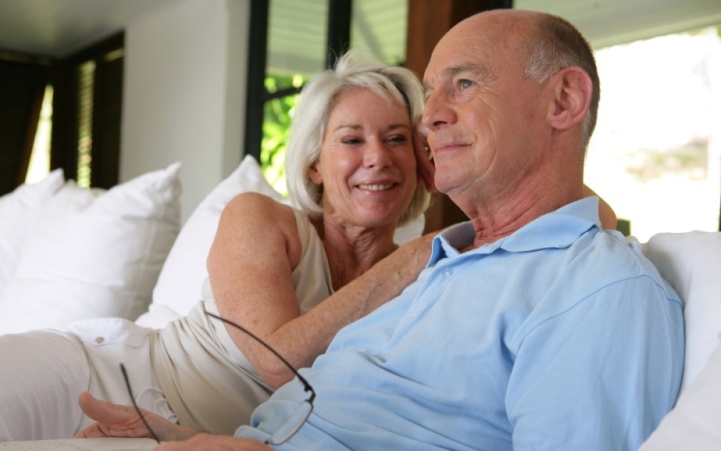 Signs of the men menopause

Men menopause, or andropause, is caused by a decrease in the production of the main male hormone - testosterone. Testosterone, produced in the ovaries and in the adrenal glands, is responsible for development of a male reproductive system, the nascence of libido, sexual activity, behavior and reproductive function. This hormone affects many other processes in an organism. A decrease in its synthesis is reflected not only on sexual function, but also on a body as a whole, including the psycho-emotional state. Compared with the female’s menopause, the male’s one develops more slowly and has less apparent manifestations, therefore, awareness about it is less than about the female’s menopause.
Normally, this process begins after 40 years, but the decrease in the level of the hormone is so insignificant (1% a year) that this does not manifest itself for several years. Changes appear gradually, and the body has time to adapt to them.
The first signs of menopause in men are usually noted between 45 and 60 years of age. 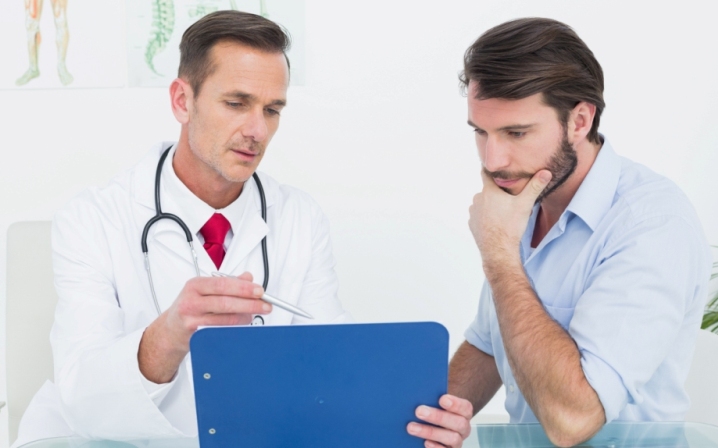 - Libido extinction
- Erectile dysfunction
- Frequent urination
- Insomnia
- Fast fatigability
- Irritability
- Decrease in general vitality, apathy
- Decrease in performance, inability to concentrate
- Dizziness
- Tides
- Feeling of lack of air
- Fat deposition on the abdomen, hips
- Weight gain
- Pulling back pain
- Dry skin
- Increased sweating
- Causes and factors of a risk
If the symptoms of andropause are found before the age of 45, such menopause is called early, if after 60 years - late. When exactly a men menopause starts is of great importance. With premature menopause, earlier than 45 years, the symptoms are of clearly pronounced nature, progressing not over the years, but much faster. In this case, it is said of climacteric syndrome, or pathological menopause. 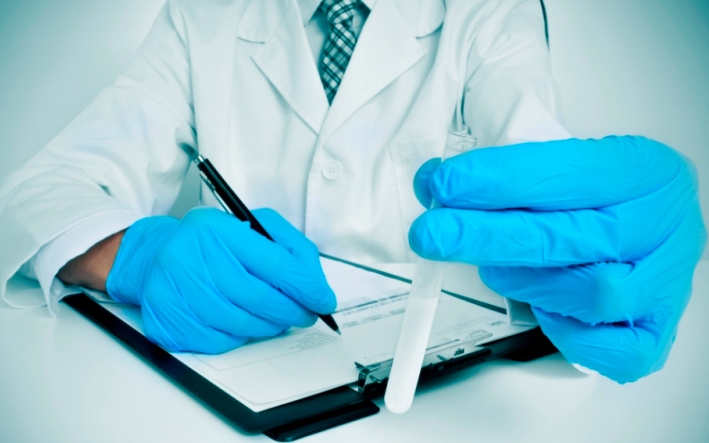 Unfortunately, not enough attention is paid to male reproductive dysfunctions: symptoms are explained by a midlife "crisis" and no additional examinations are performed to identify testosterone levels. Notably, that timely recognition of male menopause and appropriate treatment, these hormonal changes do not pose a threat to the organism.
Testosterone may not be enough in adolescence; in this case we are not talking about menopause, but about primary hypogonadism. With this disease, puberty is impaired to a greater or lesser extent. So, if a man, in his youth, did not have problems with sexual activity, this means that primary hypogonadism is not his diagnosis.
The risk of menopause manifestations is higher in men who had scrotal injuries, as well as in those who recovered from mumps (the virus can infect testicular tissue). Lack of testosterone can also occur in men received radiation therapy or interacted with radiation, as well as in HIV-infected people. Those, who do not have serious health problems, can also enter the risk group. Cessation of breathing during sleep, is a frequent companion of snoring, also brings menopause closer.
In addition to these reasons, early testosterone deficiency can be caused by:
- inflammatory processes in the organs of the reproductive system
- oncological processes in the genitals (primarily in the testicles)
- malignant or benign neoplasms in the pituitary gland or thyroid gland
- severe stress
- alcoholism
- smoking.
The good news is that when a man starts having a menopause, he does not lose the ability to have children for a long time. In addition, not everyone faces this problem: even after 85 years, only half of men experience a lack of sex hormones. 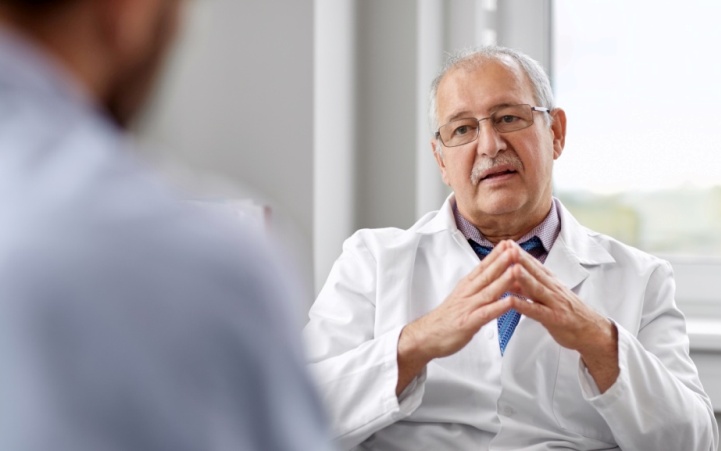 Certain medicines help the male body to rebuild more calmly and painlessly. Their various combinations are beneficial to the nervous system. The doctor prescribes them depending on the patient's condition, determines the need for taking hormonal drugs. Long-term observations have shown that the drugs have a general tonic effect, reduce adverse events, increase sexual function and, which is very important, dilate heart vessels, as a result of which, the nutrition of a heart muscle improves. It is also worth remembering that sedatives for andropause should not be the main in a treatment.
It is impossible to completely stop the drop in testosterone level. However, sitting idly by is also not worth. A specialist may prescribe hormone replacement therapy. Today, testosterone preparations are available in capsules, solution for injections, "long-running" skin patches, gels and subcutaneous implants. Before commencing treatment, the doctor prescribes a blood test to count testosterone. It is worth noting that there are a number of contraindications, among them, oncological diseases (including those already cured), diseases of the urinary tract, respiratory arrest during sleep and increased blood viscosity.
It is also worth thinking about the prevention of diseases that are often paired with andropause, such as high blood pressure and osteoporosis. This is another reason to consult the doctor to help identify possible risks. 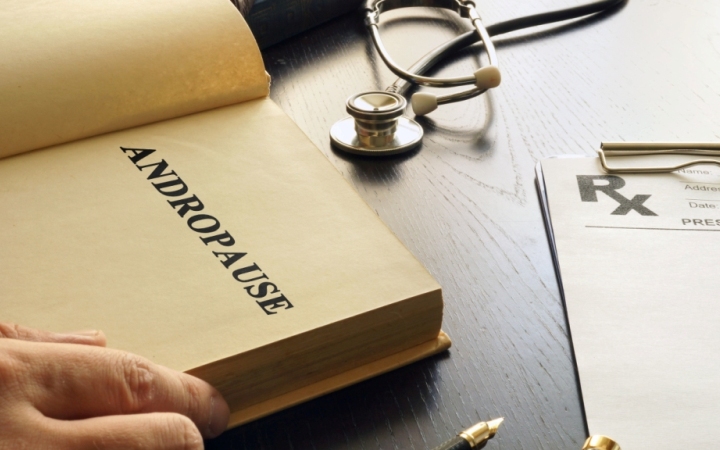 It is possible to postpone physiological processes. For this, all additional risk factors are excluded. After all, if the genetic predisposition and structural peculiarities of the genital organs cannot be controlled, still, fight against bad habits is entirely reliable.
Healthy lifestyle is essential: eating right and in a quality manner, adding regular exercise stress, maintaining a balance of work and rest. Quitting smoking and alcohol abuse is mandatory. Numerous studies have shown that the negative effect of these bad habits on blood vessels and the immune system is provoking the early onset of androgen deficiency.
Besides, it is important to regularly undergo periodic screening with an urologist-andrologist. All this will help timely identify the early manifestations of male menopause. After 35 years regular medical examinations are necessary. This will allow timely identification of risk factors and prevent irreversible changes in the reproductive system.
With a competent and responsible approach to one’s own health, one can prevent premature sexual aging and the onset of andropause, effectively control the course of this natural physiological period.
0 189